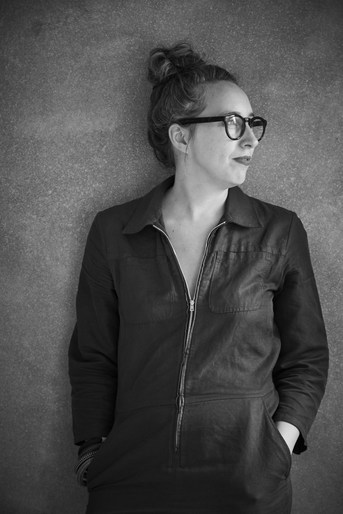 As the child of a fashion photographer father and a fashion stylist mother, native Londoner Elkie Brown grew up with a love of design and a penchant for personalization. This became clear when she was discovered using the kitchen scissors to “adapt” a mini Dior nightgown her mother had brought her from a trip to NYC — much to her mum’s horror! When she wasn’t crafting her own couture (and the occasional school picture day haircut!), little Elkie could be found happily lost in the illustrations of her books, especially those that featured interesting interiors of characters’ homes.

After a childhood of artistic immersion, Elkie applied her well-honed visual acuity to a degree in Graphic Design. She soon realized that this would translate best away from the screen, where she could freely interact with objects and spaces. After University, she worked for three award-winning independent boutiques in London, where she quickly transitioned from visual merchandiser to fashion and interiors buyer.

Since then, Elkie has since enjoyed a thriving career as a prop stylist collaborating with some of the UK’s most esteemed brands. In all her endeavors, she is buoyed by the quiet encouragement of her prized possession: a 5’6” watercolor of a bear, the first piece of art she ever bought.